A pair of Cal swimmers Thursday aim to continue stacking up medals for Team USA in the pool, competing in the 200m backstroke final; the U.S. women’s soccer team is into the quarterfinals; and the track and field competition gets underway. Here’s what to watch for in the next 24 hours:

Ryan Murphy, Lilly King among US swimmers back for more medals

The men’s 200m backstroke final will feature Americans Ryan Murphy and Bryce Mefford, both of whom swam for Cal. Murphy is coming off a bronze medal performance in the 100m backstroke, while Mefford looks to build on impressive swims in the heats and semifinals.

Lilly King will have her sights set on gold in the women’s 200m breaststroke after claiming bronze in the 100m breaststroke, an event where she owns the world record. She will be joined by fellow American Annie Lazor in the final. South Africa’s Tatjana Schoenmaker is the swimmer to beat after she set an Olympic record in the event on Wednesday.

Abbey Weitzeil reached the final for the women’s 100m freestyle. She already has a bronze medal in Tokyo as part of Team USA’s 4x100m freestyle relay.

The last final of the session is the men’s 200m IM featuring Michael Andrew, who posted the fastest time in 200m IM qualifying. Chase Kalisz, who won gold in the 400m IM, failed to qualify for the 200m IM final. 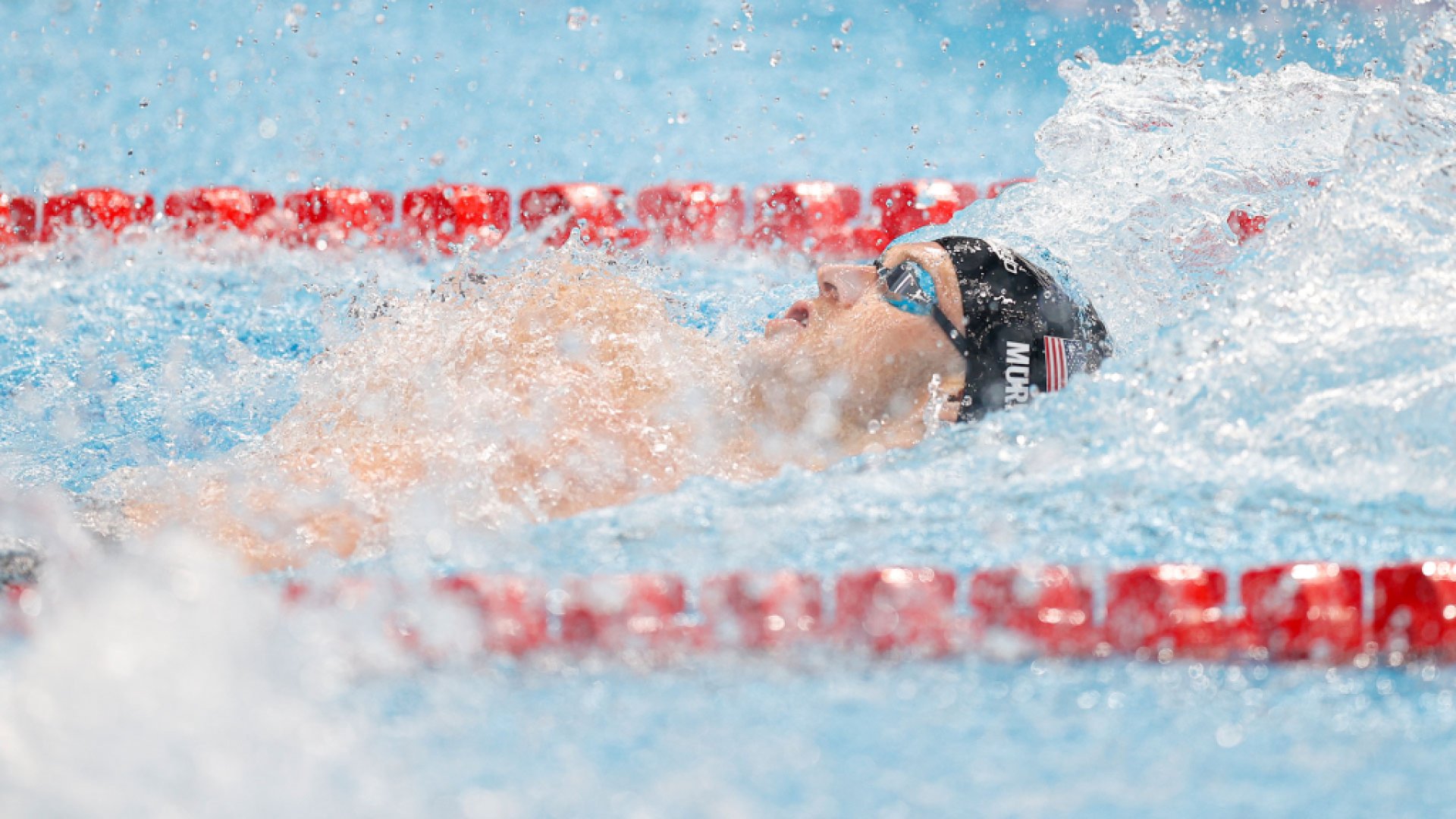 The U.S. women’s national team made it into the soccer quarterfinals thanks to a draw against Australia on Tuesday.

The Netherlands has been an offensive force in Tokyo. The Dutch women topped Group F with seven points and scored 21 goals in three games. The quarterfinal tilt kicks off at 4 a.m. Friday.

Watch the game on NBCSN or Telemundo, or stream live.

Track and field competition gets off and running

The track and field competition in Tokyo begins with a full day of action.

Watch the second session on NBCSN, or stream live.

The U.S. women’s basketball team puts its 50-game Olympic winning streak on the line against Japan in a Group B matchup at 9:40 p.m. Thursday.

The Americans handled Nigeria by a score of 81-72 in their opener on Tuesday. A’ja Wilson led the charge with 19 points and 13 rebounds, while U.S. flag bearer Sue Bird dished out 13 points while being held scoreless.

Team USA is aiming for its seventh straight Olympic gold. The team hasn’t been beaten on the Olympic stage since the semifinals at the 1992 Barcelona Games.

Japan beat France 74-70 in its first Group B contest. Saki Hayashi scored a game-high 12 points for the host nation. 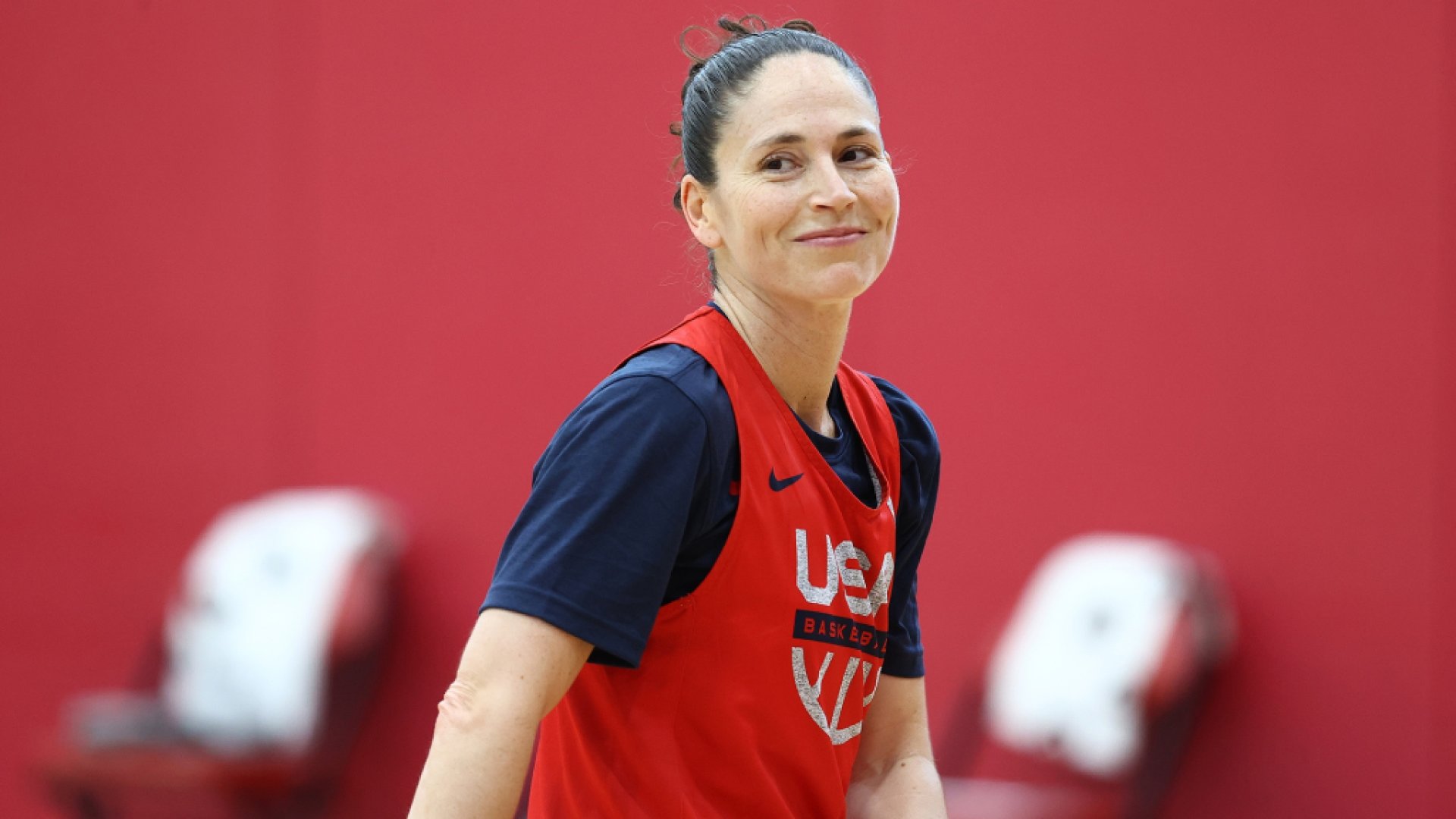 Sue Bird will be one of the flag bearers for the United States during the Opening Ceremony.

The U.S. rowing team will be seeking medals in two of the sport’s biggest races: the men’s and women’s eight finals.

The U.S. women’s eight won the second heat with the third-fastest overall qualifying time. If the team wants to win its fourth straight Olympic gold, it will have to beat strong competitors from Romania, Canada and New Zealand. Romania set a world-best time of 5:52.99 in the repechage race, while Canada also beat the previous world-best mark in the same race. New Zealand, meanwhile, won the first heat of the event.

The U.S. men’s eight finished second in its heat and third in the repechage race. The team is looking for its first Olympic medal since 2008 and first Olympic gold since 2004. Standing in its way are Germany, Great Britain, Australia, New Zealand and the Netherlands.

After dealing with weather-related rescheduling earlier this week, the men’s and women’s eight finals are the last two rowing races at the Tokyo Games. The final rowing session begins at 3:45 p.m. Thursday also includes finals for men’s and women’s single sculls. 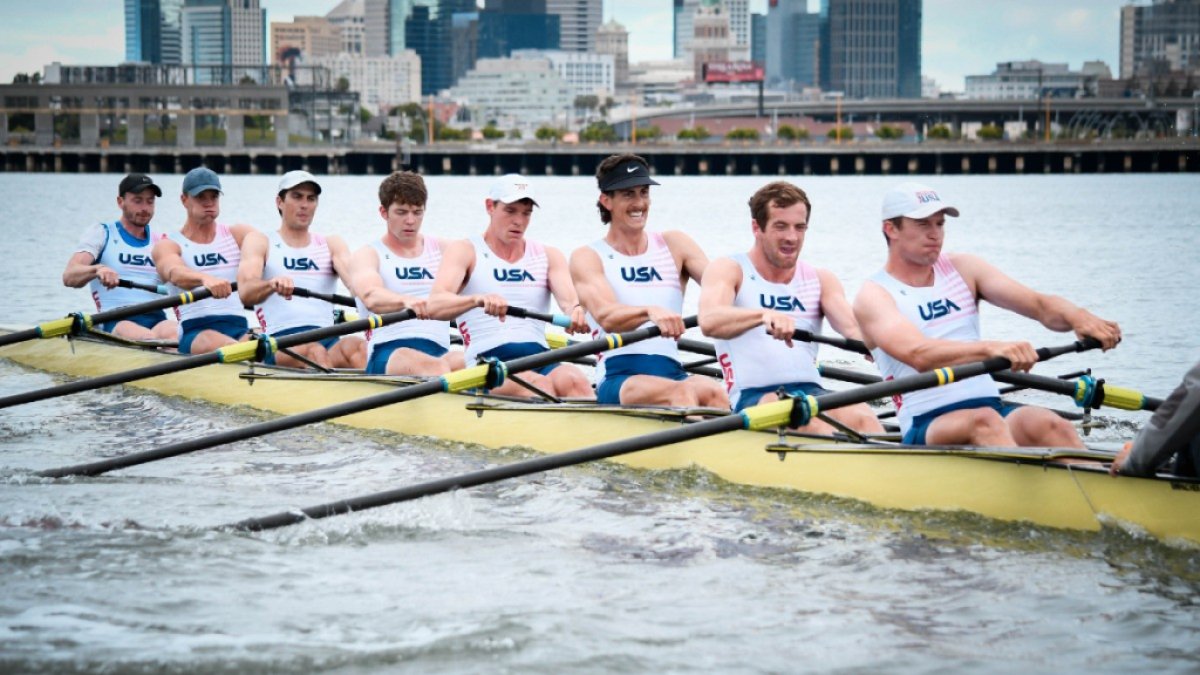 Liam Corrigan (right, in white hat) and Austin Hack (black visor), both of Old Lyme, will be rowing with the U.S. team in the men’s eight in the Tokyo Olympics.