The Olympic Games are coming to a close as the final medals will be awarded – and Team USA is looking to finish on a golden note.

From continuing a decades-long basketball winning streak to battling for an elusive and historic volleyball gold to racing for a marathon medal, U.S. athletes will have a lot on the line in the final moments in Tokyo.

Here are five things to watch for Saturday night and Sunday morning and how to watch them live.

The U.S. women’s basketball team secured its seventh straight gold medal with a win over Japan at the Tokyo Olympics.

The win finishes off a bit of a revenge tour for the U.S. squad. The team defeated Serbia in the semifinals, avenging a 2016 semifinal loss in Rio de Janeiro. In the final, they defeated Brazil, avenging gold medal game losses in 2008 and 2012. 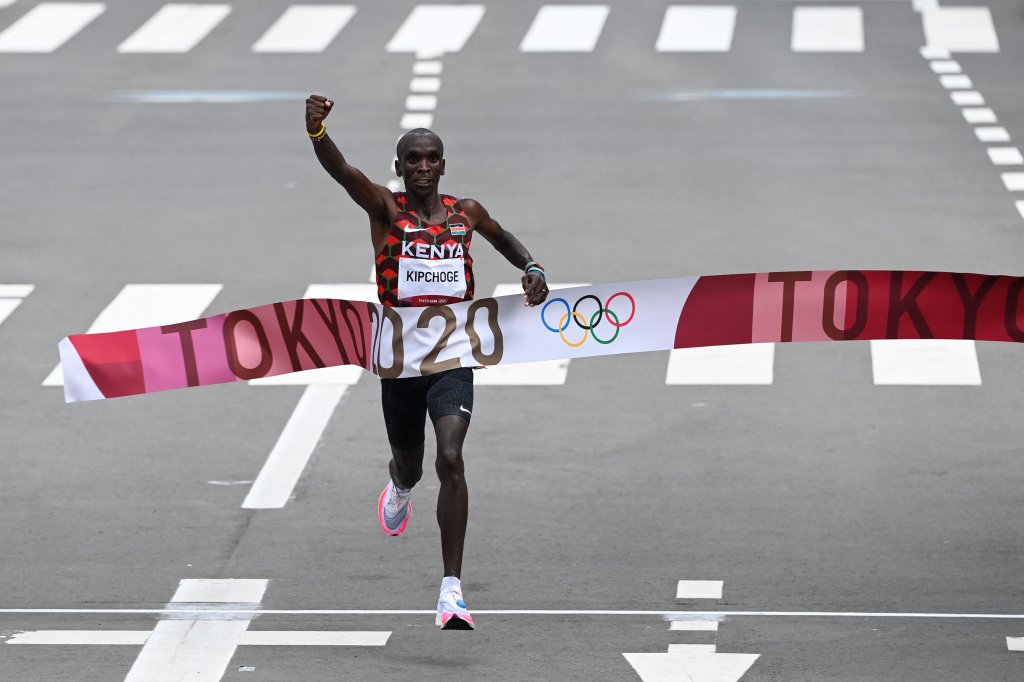 Kenya’s Eliud Kipchoge crosses the finish line to win the Men’s Marathon final during the Tokyo 2020 Olympic Games in Sapporo, Japan on Aug. 8, 2021.

World-record holder Eliud Kipchoge, the 2014 winner of the Bank of America Chicago Marathon, became only the third man to win back-to-back gold medals in the Olympic men’s marathon Sunday.

Kipchoge, of Kenya, finished with a time of 2 hours, 8 minutes and 38 seconds.

The elite runner took the crown at the 2014 Chicago Marathon and then went on to become an Olympic gold medalist in the 2016 Rio Games, finishing with a time of 2 hours, 8 minutes and 44 seconds. 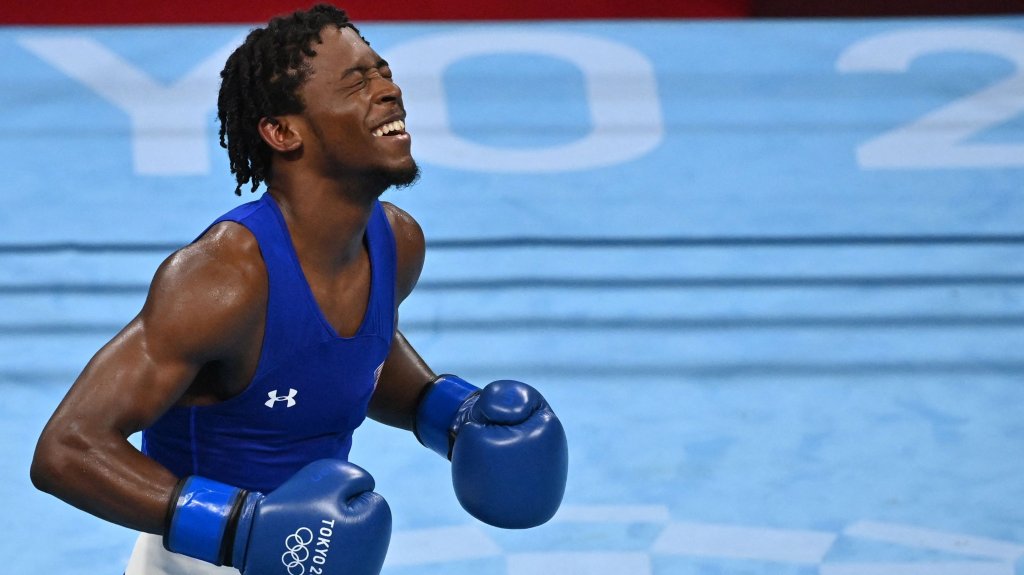 Keyshawn Davis celebrates after winning against France’s Sofiane Oumiha after their men’s light (57-63kg) preliminaries round at the Tokyo 2020 Olympic Games at the Kokugikan Arena in Tokyo on July 31, 2021.

No American man has won Olympic gold in boxing since Andre Ward in 2004, and unfortunately that string continued, as both Richard Torrez Jr. and Keyshawn Davis were defeated in their gold medal bouts in Tokyo.

All things must end and the Tokyo Olympics is no different. The two-week global competition, which was played under unprecedented circumstances and limitations due the COVID-19 pandemic, came to an end on Sunday with the closing ceremonies, which saw athletes enter the Olympic stadium for the final time and saw the Olympic flag handed off to Paris for the 2024 edition of the event.

The Tokyo Olympics saw American swimmers Katie Ledecky and Caeleb Dressel dominate in the water, as well as gymnasts Suni Lee and Mykayla Skinner step up to the mat for Simone Biles. And that was just the first week.

During the second week in Tokyo, the United States was equally busy — collecting gold medals in men’s basketball, water polo, golf and the women’s 800m race. The U.S. ultimately overtook China for the most medals, including golds, in this year’s Olympics.