US Women's Gymnastics, Local Athletes' Big Debuts: Here's What You Missed in Tokyo

All eyes were on Team USA as they looked to medal in the women’s gymnastics individual all-around final following Simone Biles’ withdrawal.

Plus several swimming medals were up for grabs as U.S. stars looked to nab their first individual medals in Tokyo.

Here are five things you might have missed in Tokyo Wednesday night and Thursday morning.

Suni Lee is an Olympic champion in the women’s all-around.

Who Is Suni Lee? Get to Know the Midwest Gymnast and Watch Her Epic Performance

Caeleb Dressel won his first solo Olympic medal after finishing first in the men’s 100m freestyle final on Wednesday, setting an Olympic record to do so.

Finke, competing in his first Olympics, was fourth at 750 meters and passed Italy’s Gregorio Paltrinieri, who had held the lead through most of the race. “I just really wanted to get my hand on the wall,” Finke said. “I’m just so happy I was able to switch into another gear.”

In the women’s 200m butterfly, American Regan Smith won silver, and her teammate, Hali Flickinger, took bronze. The United States had not won a medal in the 200m butterfly since 2000. That ended with Smith and Flickinger.

Zhang Yufei captured gold for China. Zhang set an Olympic record to win with a time of 2:03.86. She also brought home China’s first swimming gold medal at the Tokyo Games. Named the “new butterfly queen” by Chinese media, she finished second in the 100m butterfly on Sunday.

The United States women’s 4x200m relay team won the silver medal late Wednesday night. China came in first for the gold, and Australia finished behind the Team USA for the bronze.

Anchor Katie Ledekcy swam the fastest leg for Team USA, but it simply was not enough to overtake China. All three teams that reached the podium beat the previous world record.

Round 1 of the men’s golf tournament is in the books.

After being delayed earlier Thursday morning due to lightning, the round ended out with none of the four Americans competing inside the top 10. The four Americans were the top four ranked golfers in the tournament entering Olympic play.

After a 112-year layoff, golf returned to the Olympics for the 2016 Rio Games. With no returning men’s medalists participating at the 2020 Games, there will be a new champion in Tokyo.

The U.S. fields a stacked roster of Collin Morikawa, Justin Thomas, Xander Schauffele and Patrick Reed. Morikawa (No. 3), Thomas (No. 4) and Schauffele (No. 5) are the highest-ranked players participating in the tournament. Reed is the only returning player of the four, finishing tied for 11th in Rio. Team USA has won five of the 10 Olympic medals ever given out in men’s golf.

The world’s top-ranked golfer, Spain’s Jon Rahm, was forced to withdraw from the Olympics after testing positive for COVID-19 earlier this week.

HOW TO WATCH: Watch live on Golf Channel, or stream live here.

The Chicago suburbs were well-represented in the recent events at the Tokyo Olympics.

Antioch’s Felicia Stancil made her Olympic debut in the women’s BMX race and advanced to the semifinals.

Gurnee’s Nefeli Papadakis went for her first-ever Olympic medal but failed to make it out of the first elimination round, falling to Hyunji Yoon.

It wasn’t easy, but the United States volleyball team moved to a perfect 3-0 in the Olympic Games with a 3-2 win over Tunisia.

The U.S. had a 2-0 lead, but Tunisia crawled back, forcing the pivotal fifth set where the United States got two key blocks late, one from Haleigh Washington and one from Jordan Larson, to take the fifth set and the match.

However, Tunisia’s Meryem Boz came alive in the third set, securing eight points alone in the set as Tunisia won 25-17. Boz and Eda Edem Dundar combined for 11 points in the fourth set to carry Tunisia to the critical match-tying win to force the winner-take-all fifth set.

But it was Washington and the U.S. that would take the see-saw affair in the fifth set by a score 15-12. Washington had three blocks in the set, finishing the match with a total of five and 13 points. Jordan Thompson had 18 points for the U.S., while Larson added 15. Foluke Akinradewo had five blocks in the victory.

The United States puts their perfect record on the line next against the 2-1 ROC. 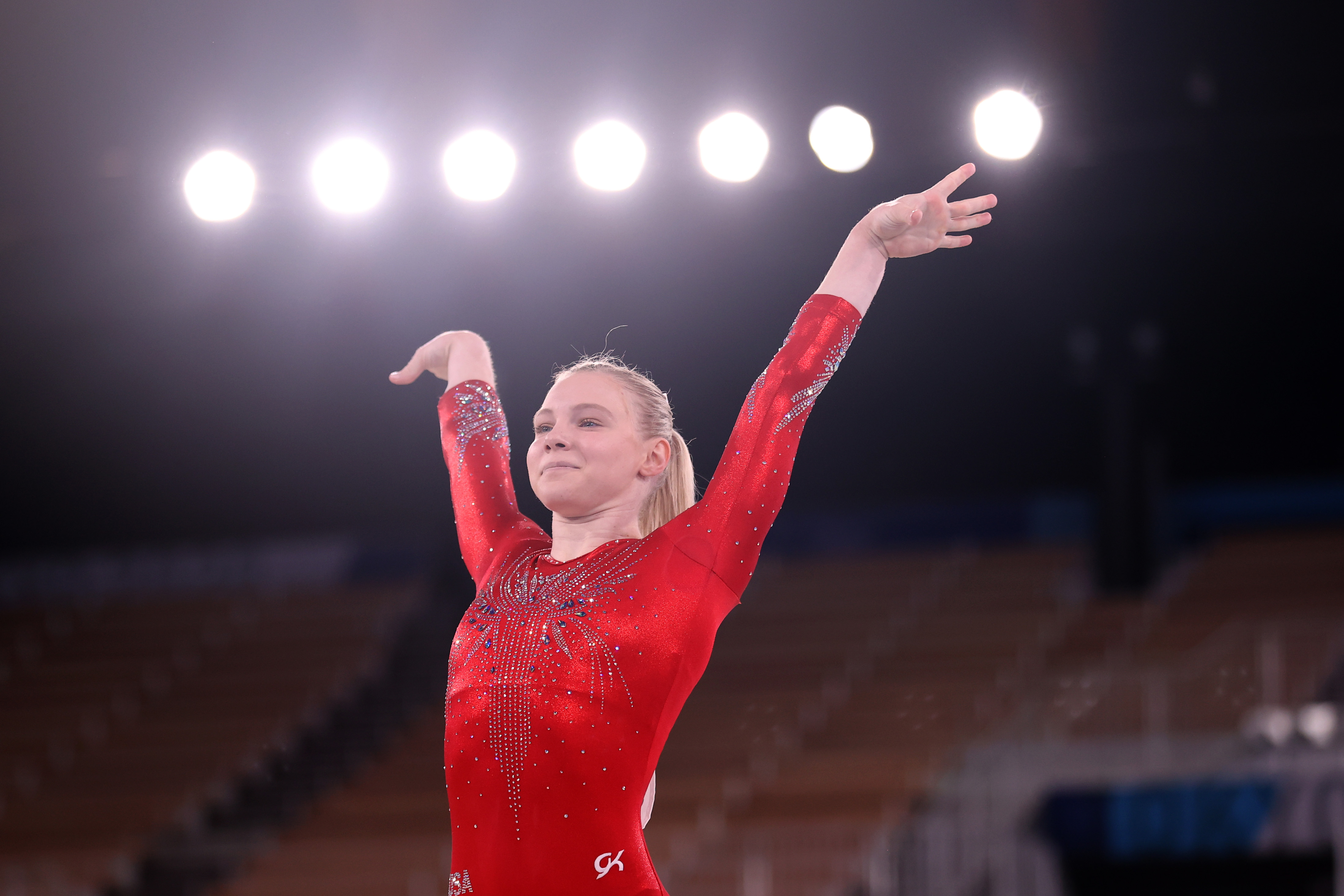 Who Is Jade Carey? Meet the US Gymnast Replacing Simone Biles in the All-Around Final 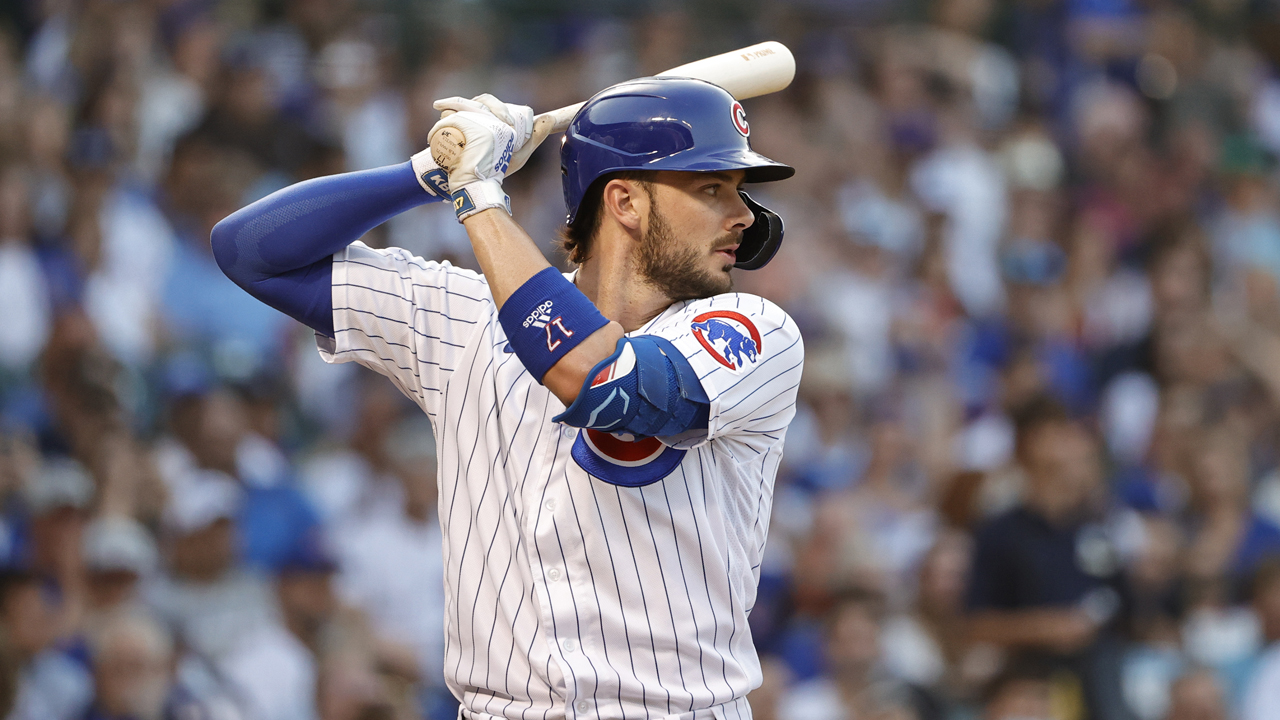