Today's column provides a sneak-peek into the Rotoworld Season Pass, including team-vs.-position charts for point guards and shooting guards, excerpts from recent columns, and more. I will re-do the team matchups analysis every few weeks, exclusive to the Season Pass!

If you haven't subscribed yet, now’s the time. In addition to the updated charts, there is a ton of content including live chats, customized scoring systems, weekly projections, positional ranks, pickup of the day columns, Deep Waivers columns, and much more.

The following charts show how lenient or difficult each team is against a specific position -- PG and SG are included here, and every position is available in the Season Pass. As usual, I'm using the NBA’s “official” points-league scoring system, which is identical to FanDuel, Yahoo’s default points leagues, etc. You can learn more about this system here, here and here! 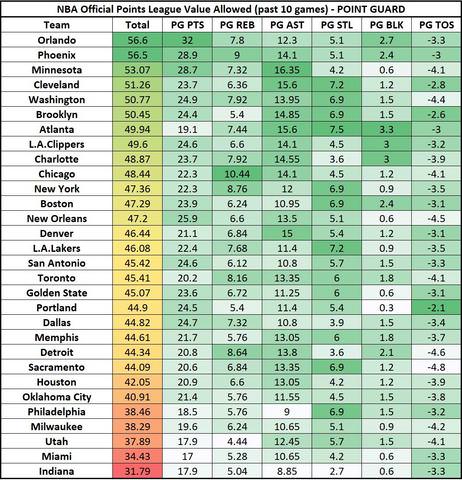 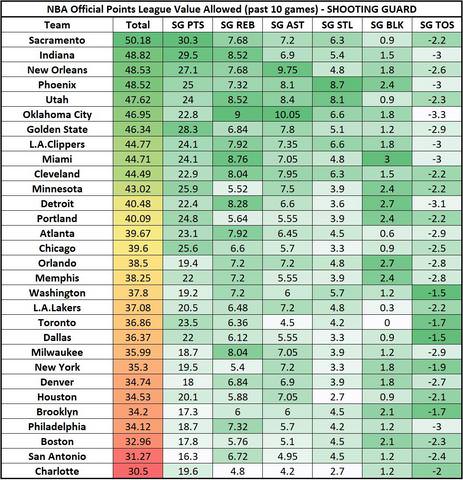 For matchups vs. small forwards, power forwards and centers, head over to the Pass!

Below are some excerpts from recent SP-exclusive columns by the Rotoworld crew.

Ethan Norof  – Stock Up, Stock Down

In Stock Up, Stock Down, we’ll examine players on the rise, those on their way down and opportunities to buy low and sell high in order to maximize your return.

This is what makes Gregg Popovich great. Timing. In 19 games as a starter—which includes time from earlier this season—the Washington product has averaged 9.8 points, 7.4 rebounds, 4.0 assists, and 1.4 steals on 43.7% shooting.

But over the last five games since replacing Tony Parker in the first five on a full-time basis, Murray has been much more impressive: 12.4 points, 8.0 rebounds, 5.0 assists, and 2.2 steals on 25-of-49 (51.0%) shooting. With Kawhi Leonard (quad) out for the indefinite future, expect more of that type of production from Murray going forward.

Domantas Sabonis is producing and Myles Turner is back in the lineup, but Thad has turned it around of late and re-asserted himself in the fantasy landscape. With multi-steal games in five straight and averages of 16.4 points, 5.0 rebounds, and an unbelievable 2.6 swipes during that time, Young has again been a valuable contributor—a top-40 asset—over the last couple of weeks.

If we throw out JV’s scoreless stinker from January 20 vs. Minnesota, Valanciunas has averaged 17.8 points, 12.8 rebounds, 1.6 blocks, and 1.0 3-pointers over his last five games. During that same stretch of time, Serge Ibaka has managed averages of 7.8 points, 6.4 rebounds, and 1.0 block. JV’s minutes are still hovering closer to 24 than 30, but the production has been there all month long.

The Pistons were paper-thin on the wing before sending Avery Bradley to Los Angeles in the deal to bring Blake Griffin into town, and now the team is really stretched thin with a combination of players—led by the rookie Kennard—that includes Reggie Bullock, Stanley Johnson, and Langston Galloway.

Kennard hasn’t done much to prove himself in the NBA yet, but the Pistons are going to need shooters around Griffin and Andre Drummond. Detroit is short on available options—especially with Reggie Jackson still out of the lineup—so Kennard should start seeing 25-plus minutes immediately with the potential for more in the very near future.

I wouldn’t be dropping someone with top-100 value just to take a chance, but I do believe Kennard is an add in deeper, competitive 12-team formats or anything larger.

This piece is divided into two sections: I’m Feelin’ and I’m Not Feelin’.

The first will expand on notes, developments and other storylines from around the NBA that are of importance to fantasy teams for the short and long-term. The latter will focus on negative developments, especially in regards to any possible fantasy fallout. And as always, there will be room for general observations from around the association.

We have to start with the Blake Griffin trade, right? I don’t “love” it for either team, but I do understand it from both perspectives. What I love most about the deal is the amount of excitement and attention it brings to the league—even for fans of teams not invested in either involved team—because it highlights how incredible the experience of an NBA season can be.

The Nets finally sitting Tyler Zeller down in order to usher in the Jarrett Allen and Jahlil Okafor era. Kenny Atkinson said that JO has “earned” more minutes, and it wouldn’t surprise me if the Nets ultimately decide to roll with Okafor over Allen in the starting five. For now, the rookie will get the first crack at the gig.

That the Boston Celtics and Toronto Raptors becoming even more aggressive on the trade market given what the Cleveland Cavaliers are experiencing. Tyreke Evans would be an especially nice fit in green.

Like the writing is on the wall for Doc Rivers’ exit Los Angeles. There have been multiple negative reports on his standing within the organization, the club has empowered others around, and next season is the final year on Doc’s deal. The head coach has a history of not sticking around for rebuilds, and that’s exactly where Los Angeles is headed for the foreseeable future.

How Ricky Rubio has been playing over the last 10 days. Those who were willing to explore buy-low opportunities when Rubio was at his lowest point are looking good right now [...]

Ed Davis- He’s been really solid off the Portland bench with 10+ rebounds in four out of his last five games. He also has eight total blocks in that span and three games with double-digit points.

Al-Farouq Aminu- More of a deep-league asset, but still a quality source of rebounds, triples and defensive stats.

Shabazz Napier- He has cooled off, but he’s one injury away from some really nice value. For now he’s a Damian Lillard handcuff.

Montrezl Harrell- I’m actually really excited about him going forward, especially if the Clippers trade DeAndre Jordan. Has the ability to play both frontcourt positions for the Clippers and they are embracing a rebuild.

Danilo Gallinari-  Welcome back. As always, he just needs to stay healthy.

Joe Ingles- He’s enjoying life without Rodney Hood and it’s important to note that Hood is “likely” to be dealt according to several reports.

Trey Lyles- I was expecting more from him with Mason Plumlee (calf) out, but the clueless Mike Malone started Darrell Arthur. Plumlee could be out a while, so I’d still feel comfortable deploying Lyles in my fantasy lineups.

Kyle Anderson- He had one of his best games of the season and Kawhi Leonard (quad) remains without a timetable to return. Anderson has basically become a must-own player [...]

Last but not least, here's a peek at a few more of the terrific resources awaiting Season Pass subscribers. 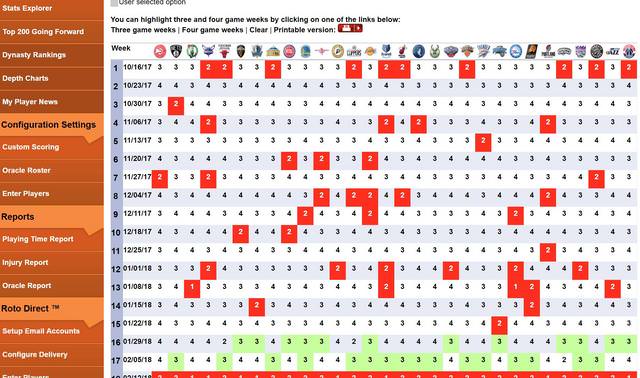 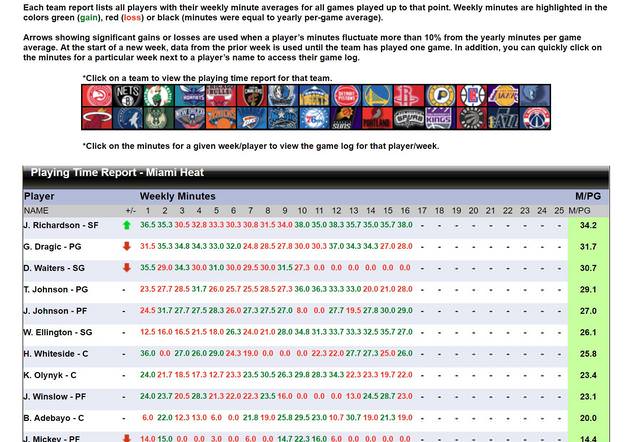 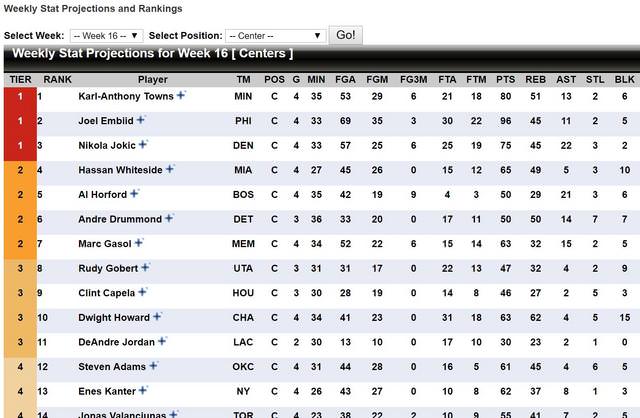 For unfettered access, just head over and subscribe to the Pass! You'll get customized player reports, exclusive Q&A chat sessions, everything discussed above, and much more...I just couldn't squeeze it all into one column.