Friday's Pickups of the Day

The Blazers are going to miss LaMarcus Aldridge for the next 6-8 weeks. This is a tough blow, especially considering he is third in the NBA in field goal attempts per game. Basically, it's going to be a mess beyond the studs.

Plus, Nicolas Batum had a wrist injury. So what are the Blazers going to do? Well, I don't know and I'm not being lazy either. Here's a look at their lineups in the second half on Thursday: 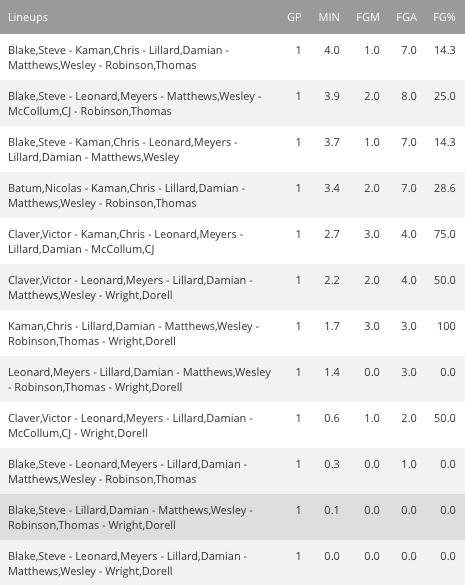 Here's the pickups, but again I wouldn't advise adding most of these guys in standard leagues.

Enes Kanter - He's worth owning, but I'd try to trade him ASAP.

Ersan Ilyasova - Ghostface Ilya had a bad matchup tonight. I'd expect him to play more.

Dante Exum - His 15-point game is a total fluke, but he looked very good.

Brandon Bass - He looked awesome, but beware of a trade.

Patty Mills - He's been good and should get more chances to play off the bench.

Aaron Brooks - His minutes will drop once Mike Dunleavy is back.

Meyers Leonard - He should play in the mid-20s and does have some upside.