Simone Biles Opens Up About Twisties, Olympics Timeline and Experience

Simone Biles arrived in Tokyo as the face of the Olympic Games, the greatest of all time and the overwhelming favorite to win multiple gold medals in gymnastics.

Following five years of preparation, and after qualifying for all five individual events during preliminaries, Biles’ objective suddenly changed. No longer was her purpose to win gold. It was simply to stay safe.

“I’m going home in one piece, which I was a little bit nervous about,” Biles told NBC’s Mike Tirico during a sit-down interview after she won bronze in balance beam on Tuesday following an absence to focus on her mental health. “So, I’m not mad. It’s not how I wanted it to go, but I think we’ve opened bigger doors and bigger conversations.”

Those doors and conversations regarding mental health, long shut and silenced, are beginning to open thanks in part to the manner in which Biles conducted herself in Tokyo. Those conversations came with a new word, one familiar to gymnastic loyalists but perhaps not to the casual fan the Olympics grab the attention of: twisties.

Biles said she first started experiencing “twisties,” a loss of spatial awareness during routines, the morning after preliminaries.

“Just completely random,” Biles said. “I went to do a floor pass and I just got lost in the air and I was like, ‘OK, it was a fluke.’ Didn’t do any more. The next day we had a little practice before team final and I was like, ‘OK, well I have to do that again because that was really weird and it seemed off.’ And then I just could not get a sense of where I was in the air.”

Her body and mind, which over the years on the grandest stages had worked in perfect harmony as Biles’ defied physics and expanded the boundaries of innovation in gymnastics, suddenly no longer were operating in sync.

Biles ultimately withdrew from the team final after an uncharacteristic vault attempt. She noted on Wednesday during an interview with “TODAY” co-host Hoda Kotb that she didn’t do the “vault I was supposed to” and improvised her landing.

She then went from star of the show to cheerleader, supporting her U.S. teammates from the sideline.

“Well, I knew they could do the job and that’s exactly what I told them as they found out I was pulling out for the rest of the competition,” Biles said. “I was like, ‘You guys are trained for this, you’re going to be just fine without me. Go out there, do your gymnastics and have fun. I’ll be here cheering you on. If you need anything let me know.’ It was hard to watch from the sidelines, but I knew it was going to be the best option for myself and for the team if we wanted to medal.”

Biles’ status for the remaining events was unknown, as she spoke daily with doctors and a sports psychologist and received words of encouragement from everyone from Michael Phelps to Oprah Winfrey.

Asked about the loneliness that comes with being expected to win and live up to GOAT standards, Biles said she struggled more with the challenges that came with being a successful female athlete.

“I feel like it’s hard, but it’s harder being a female athlete because everybody prays for your downfall and wants you to mess up and all of that stuff,” she said. “I don’t think they take into consideration our mental health because what we do isn’t easy or else everybody could do it. But also, at the end of the day, we’re not just athletes or entertainment, we’re human too and we have emotions and feelings and things that we’re working through behind the scenes that we don’t tell you guys about. And so, I just think it’s something that people should be more aware of.” 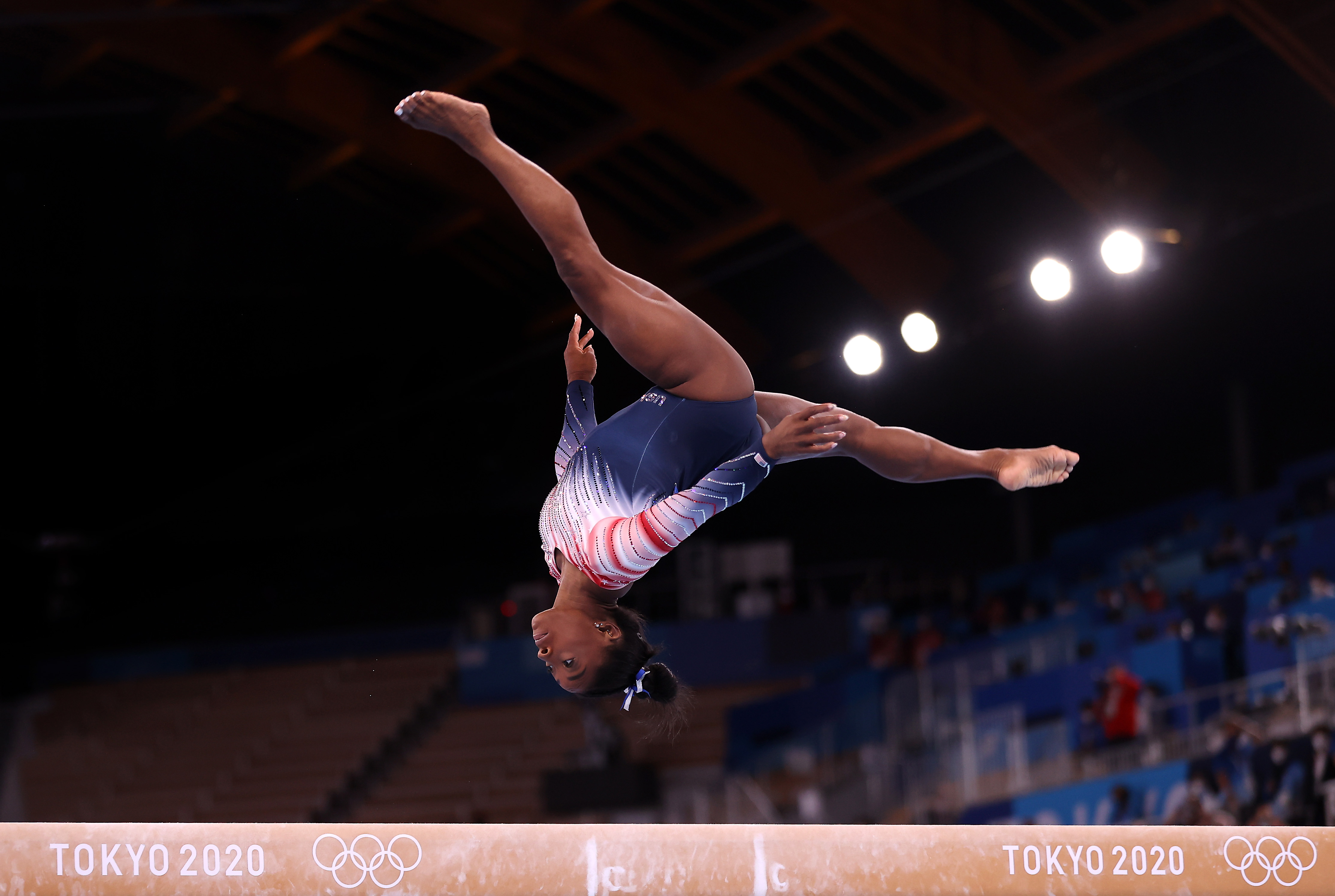 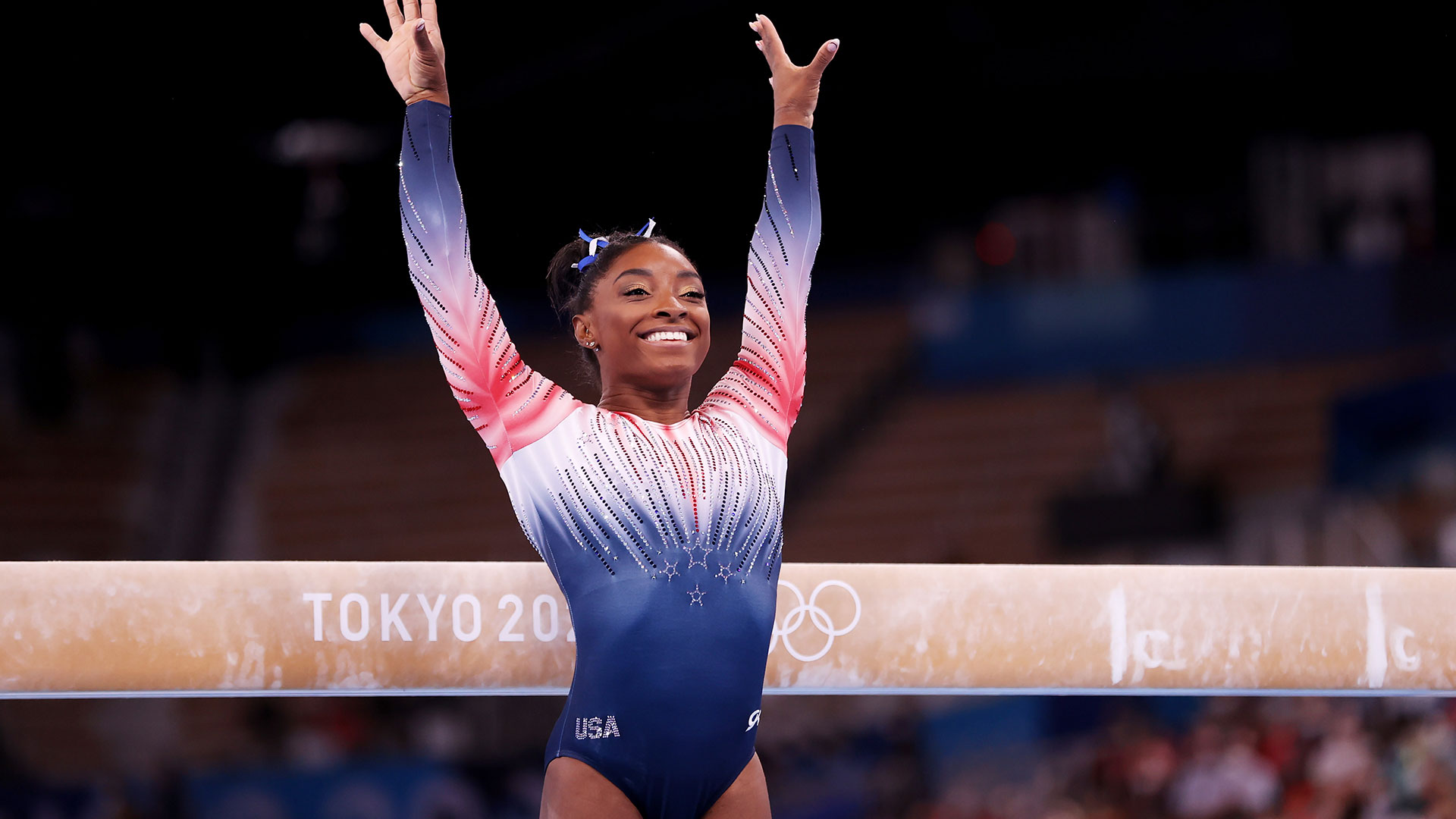 Biles added that it wasn’t the pressure of being the face of the Games that impacted her, but the expectations she set for herself.

“It was just what I wanted to accomplish and what I wanted to do,” Biles said. “And how everybody is like, ‘You’re the glue to the team,’ and that kind of really stressed me out because I never thought of it that way.”

Without the glue to the team, the U.S. women’s gymnastics team continued to medal. Suni Lee won gold in the all-around and bronze in uneven bars, Jade Carey won gold in floor exercise and Mykayla Skinner, stepping in for Biles, took silver in vault.

Biles explained her thought process behind withdrawing from events she was expected to win gold in.

“I was like, ‘Absolutely not,’” Biles said. “I don’t feel comfortable or safe going out there and doing four events.”

“Practicing bars, I still got lost in the air before I came down, kind of crashed,” Biles said. “So, we’re like, ‘It’s not the best idea to do that.’”

“Not happening because that’s where I twist the most in my passes.”

“I do usually twist in my beam dismount, but I downgraded it,” Biles said. “And so, I asked [coach Cecile Landi] if we can try a downgraded dismount that I probably haven’t done since I was 12 or 13.”

After making her return and completing that downgraded dismount during the balance beam final, Biles took bronze but smiled as if she had won gold. Her accomplishment was measured not by medal color or podium position but by her perseverance and mere presence.

“I just felt like I wanted to do this for me,” said Biles, who told Kotb she’s leaving the door open for a return to the Games during the 2024 Paris Olympics.

Biles leaves, not as a Tokyo Olympics gold medalist, but as one of the pioneers in mental health acceptance among professional athletes.

“Put your mental health first,” Biles said. “It doesn’t matter if you’re on the biggest stage. That’s more important than any other medal you could win.”