5 to Watch: US Scores More Gold in Swimming, All Eyes on Gymnastics

Here are 5 to Watch and how to ensure you don’t miss a moment of the live Olympic action.

Every single millimeter counts in the 100m sprint, as American Trayvon Bromell found out Sunday morning.

He was one of the favorites to be crowned the world’s fastest man, but instead, he was eliminated in the semifinal as he missed out on automatic final qualification by less than one hundredth of a second.

Instead, it was Italian Marcell Jacobs who took home the gold, with American Fred Kerley coming in second.

On Saturday, Raven Saunders won a silver medal in the women’s shot put. The four-time NCAA champion finished with a final distance of 19.79 meters behind China’s Gong Lijiao, who won gold with a personal best of 20.58 meters.

The five-time Olympic gold medalist swam in the finals for the men’s 50m freestyle, setting an Olympic record, and the 4x100m medley relay. Dressel had already taken home three gold medals in Tokyo and can become just the second athlete to win five gold medals at a single Olympics since 1992, joining former teammates Michael Phelps.

The U.S. also won silver in the women’s 4x100m medley relay, an event where the American team set a world record in 2019.

Watch live in NBC’s primetime coverage, or stream at NBCOlympics.com.

MyKayla Skinner’s yearslong efforts to compete at an Olympics seemed all but dead only a few days ago. Instead, at the last second, she canceled her flight out of Tokyo as she subbed in for American great Simone Biles, who withdrew from the individual vault final.

Skinner’s efforts finally paid off as she walked away with silver. Fellow American Jade Carey, who was one of the favorites to win the event, missed the podium after an uncharacteristic stumble.

Carey, however, will have another shot at gold in the individual floor final. Simone Biles, who was favored to win the event, withdrew.

On the men’s side, Yul Moldauer and Alec Yoder failed to medal on floor and pommel horse.

American Xander Schauffele entered the men’s golf tournament’s final round with a one-stroke lead over Japan’s Hideki Matsuyama, and Schauffele did not let up on the final day.

The California native held at least a share of the lead since the 2020 Tokyo Olympics’ second round, when he shot an 8-under par 63. He widened his lead by three in Saturday’s third round for a 14-under par, totaling 199. On Sunday, with a logjam of golfers breathing down his neck, Schauffele maintained focus and delivered a memorable third shot on 18 to just feet from the hole to win gold.

“For me, I really wanted to win for my dad,” Schauffele said in a post-competition interview. “I’m sure he’s crying somewhere here right now.” 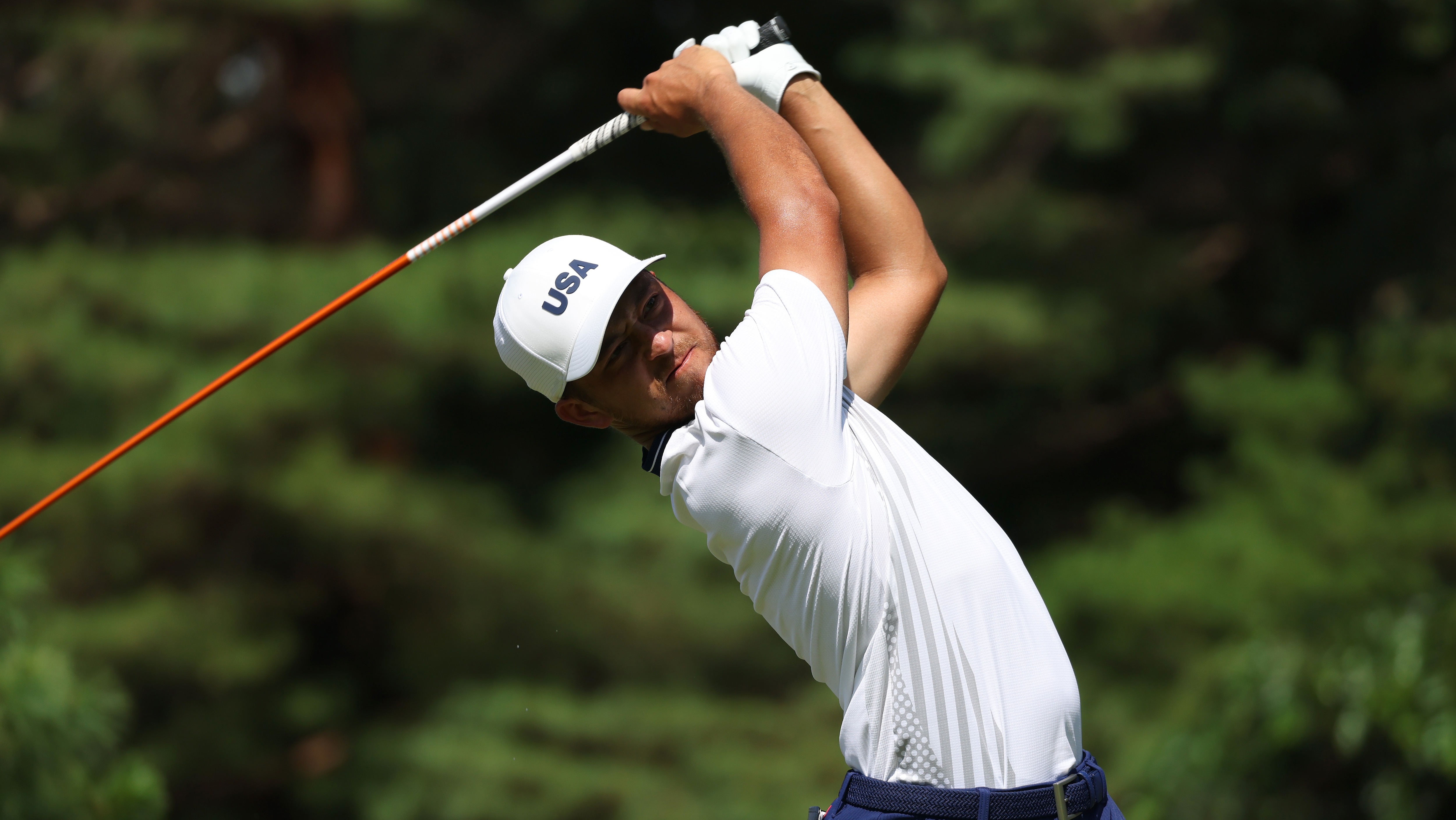 Saturday night’s action, which begins at 9:10 p.m. ET, starts with the women’s final. Americans Hannah Roberts and Perris Benegas finished in the top two spots, respectively, during seeding. Roberts won the world championships in the event in 2017, 2019 and 2021, while Benegas won the title in 2018. The three-time world champion posted an average that was a point higher than Benegas’ during the two seeding runs..

Following the women’s final, another pair of Americans will compete in the men’s final. Justin Dowell and Nick Bruce finished with the two lowest scores in seeding. Bruce pedaled through an injury during the seeding rounds so that he could reach the final. Dowell will also try to jump up the standings and beat the favorite in Australian Logan Martin.

The U.S. men’s volleyball has been knocked out of the Olympics. After a loss to Brazil, the Americans lost to Argentina on Sunday, ending their campaign.

On the women’s side, Team USA will look to bounce back after a trouncing at the hands of the Russian Olympic Committee.

The U.S. is on a quest to win Olympic gold in Tokyo, something the program hasn’t done in the 57 years that volleyball has been featured at the Games. In fact, no other country has won more women’s volleyball Olympic medals – three silver and two bronze – without taking home a gold.