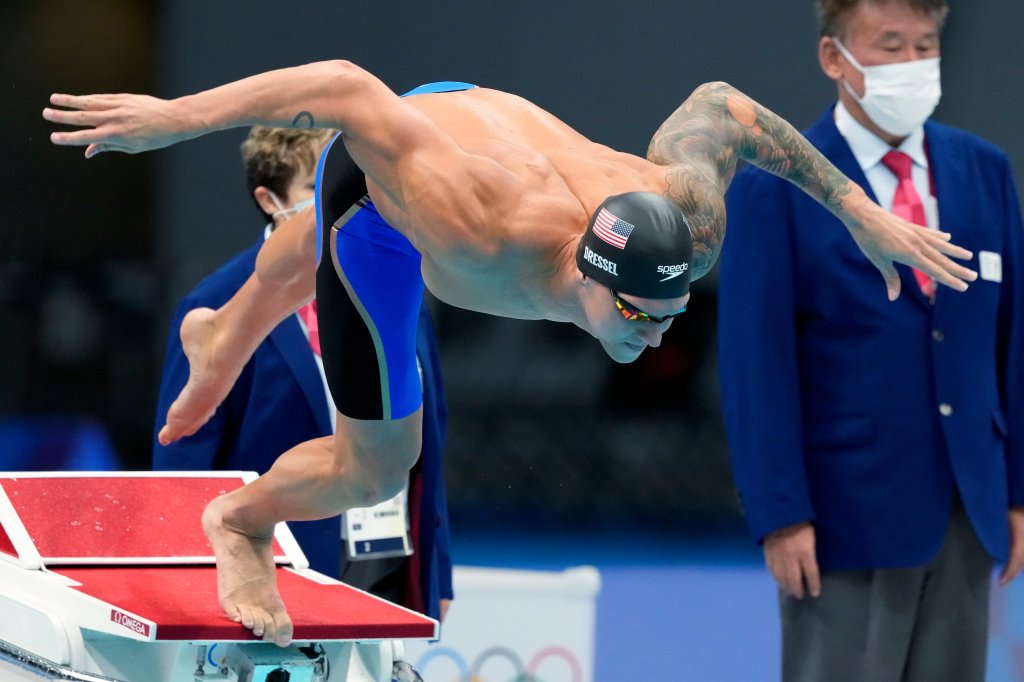 Caeleb Dressel of the United States starts in his men’s 100-meter freestyle semifinal at the 2020 Summer Olympics, Wednesday, July 28, 2021, in Tokyo, Japan.

Caeleb Dressel delivered a monumental, Olympic-record effort in the men’s 100m freestyle for his first individual gold medal, adding it to three other gold medals from swimming relays, including one at the Tokyo Games.

Dressel lead a packed field in the final for one of swimming’s quickest and most intense events, the men’s 100m freestyle. The 24-year-old American won the event at the last two world championships and is the third-fastest 100m freestyler of all time.

In the women’s 4x200m freestyle relay, Team USA beat out heavy favorites Australia with a gutsy 1:53.76 anchor leg by Katie Ledecky. The only thing more shocking than that outcome is the fact that it did not result in a gold medal. China emerged as the winners, the U.S. took silver and bronze went to Australia.

Medals were also on the line in the men’s 200m breaststroke and women’s 200m butterfly.

The United States fell to Italy in the women’s team foil bronze medal match by a score of 45-23. The trio of Kiefer Lee, Sabrina Massialas and Nicole Ross lost eight out of the nine sets against Italy. Lee, who won the gold medal in the women’s individual foil, did not win any of her three sets.

After winning its first two sets in dominant fashion, it appeared the U.S. women’s volleyball team was set to cruise to yet another Olympic victory in Tokyo.

We work so hard to be a collective group of 12,” American Annie Drews told NBC’s Heather Cox. “And I really think that shows in these big moments. We take a big deep breath, we make eye contact and we play for each other.”

Drewes led the Americans with five points in the tiebreaker.

The win was the Americans third straight victory in Pool B and ensures then a spot in the quarterfinals. Italy also is undefeated in Pool B. The Americans previously defeated Argentina and China, the defending Olympic champion. Team USA is seeking its first gold medal in women’s volleyball. 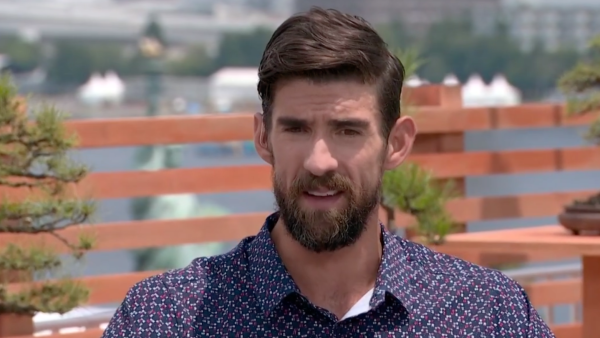