Kevin Durant is one of the most prolific scorers in NBA history, and he’s brought his generational shooting prowess to the Olympic stage over the last nine years.

On Saturday, Durant became the top American scorer in Olympic history, passing Carmelo Anthony’s mark of 336 points. The Brooklyn Nets superstar moved past Anthony with a 3-pointer in the second quarter in Saturday’s Group A contest against the Czech Republic.

Durant, a two-time gold medal winner, scored 23 points to lead the United States to a 119-84 win over the Czech Republic to close out pool play and send the U.S. to the quarterfinals at the Tokyo Olympics. 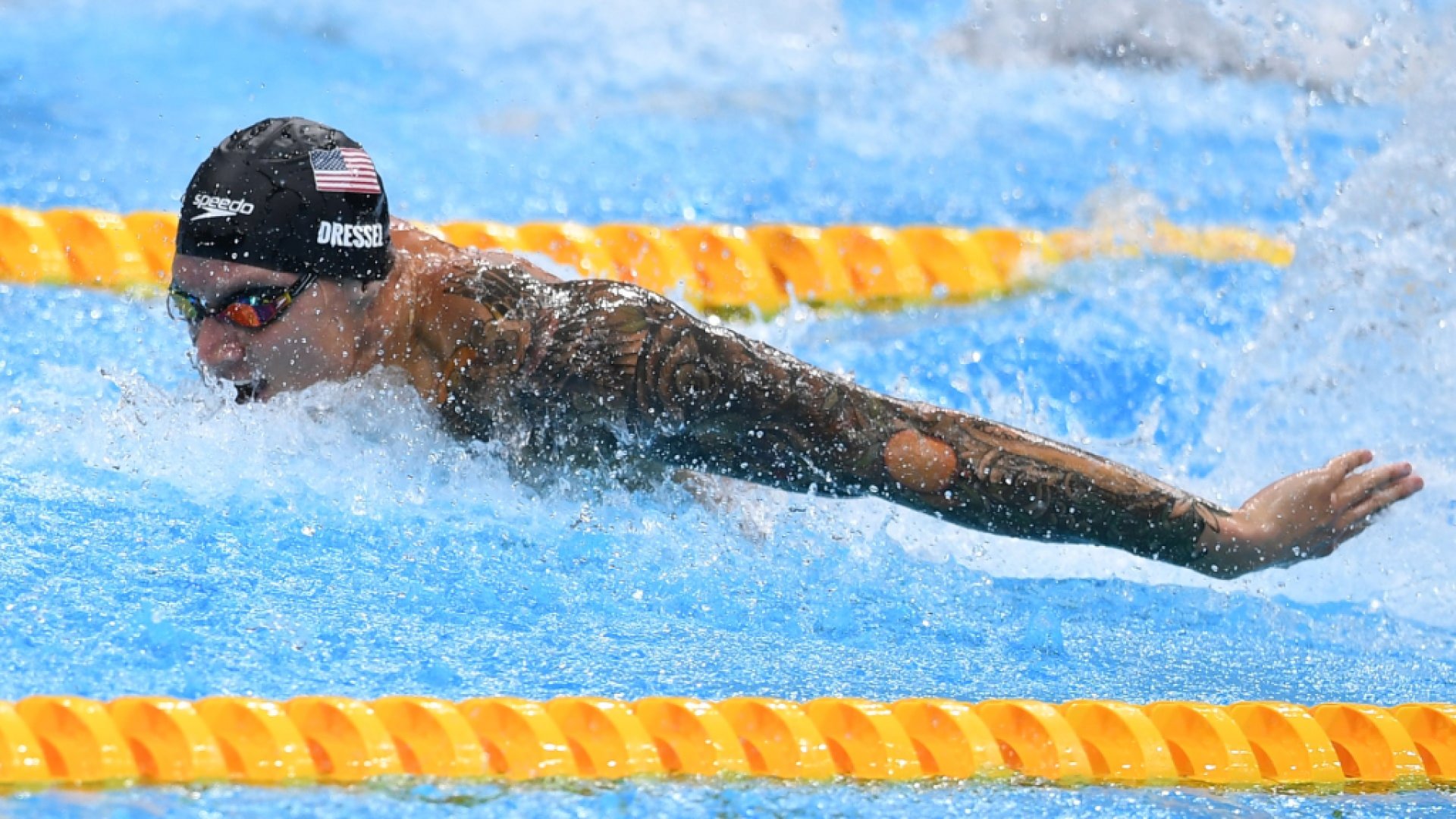 Katie Ledecky won the 800m for the third straight time, giving her six individual gold medals in her career, the most of any female swimmer. Ledecky has 10 medals total but could add to her collection in the future.

Caeleb Dressel and Katie Ledecky highlighted another strong night for Team USA in swimming. In the first of Dressel’s three Olympic swims on Friday, he won gold in the 100m butterfly with a time of 49.45 seconds, improving on his own world record. Watch Dressel race here.

In the inaugural mixed 4x100m medley relay, the Americans went with a lineup of Ryan Murphy (backstroke), Lydia Jacoby (breaststroke), Torri Huske (butterfly) and Dressel (freestyle). Although Murphy gave the U.S. a big lead in the first leg, the Americans fell behind as the race went on. Jacoby swam admirably despite her now-famous pink goggles falling off her face. 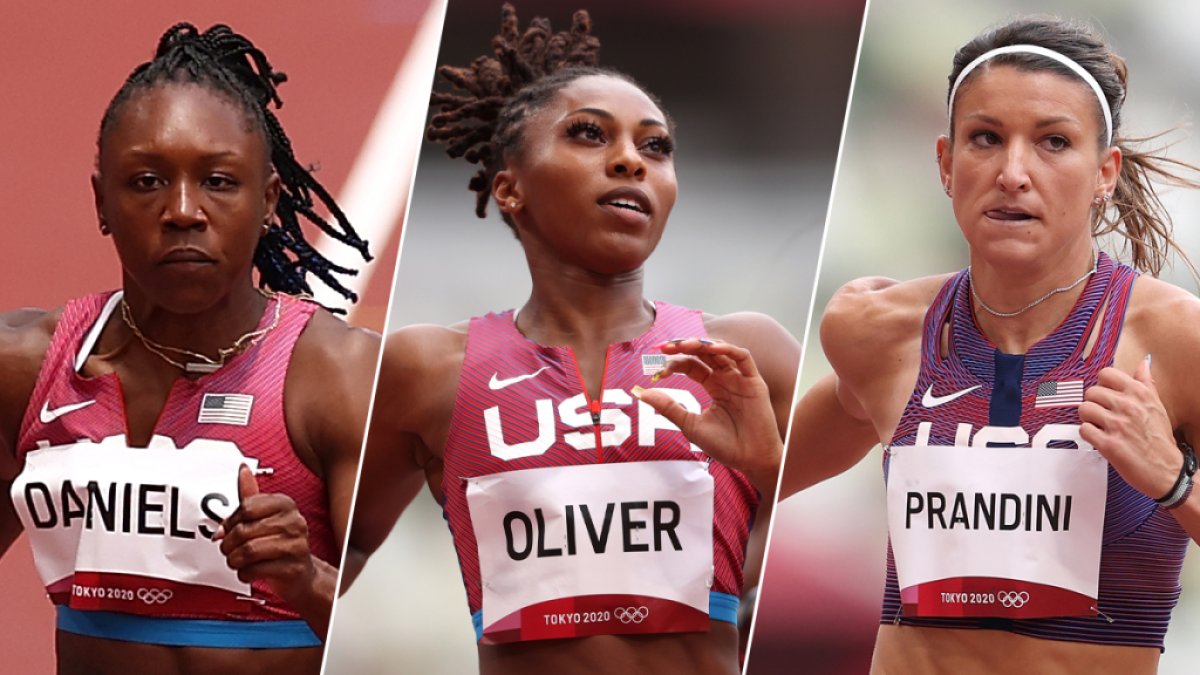 From left: Teahna Daniels, Javianne Oliver and Jenna Prandini competes during round one of the Women’s 100m heats on day seven of the Tokyo 2020 Olympic Games at Olympic Stadium on July 30, 2021 in Tokyo, Japan.

Catch up on some of what you missed with this video. Team USA poses for a group photo after their 3-2 victory over Turkey, at the end of a women’s volleyball preliminary round pool B match, at the 2020 Summer Olympics, early Friday, July 30, 2021, in Tokyo, Japan. (AP Photo/Manu Fernandez)

Team USA was unable to remain perfect in pool play, losing to the Russian Olympic Committee in three sets. The loss is disappointing, but with three wins in pool play, the United States is already assured a spot in the quarterfinals.